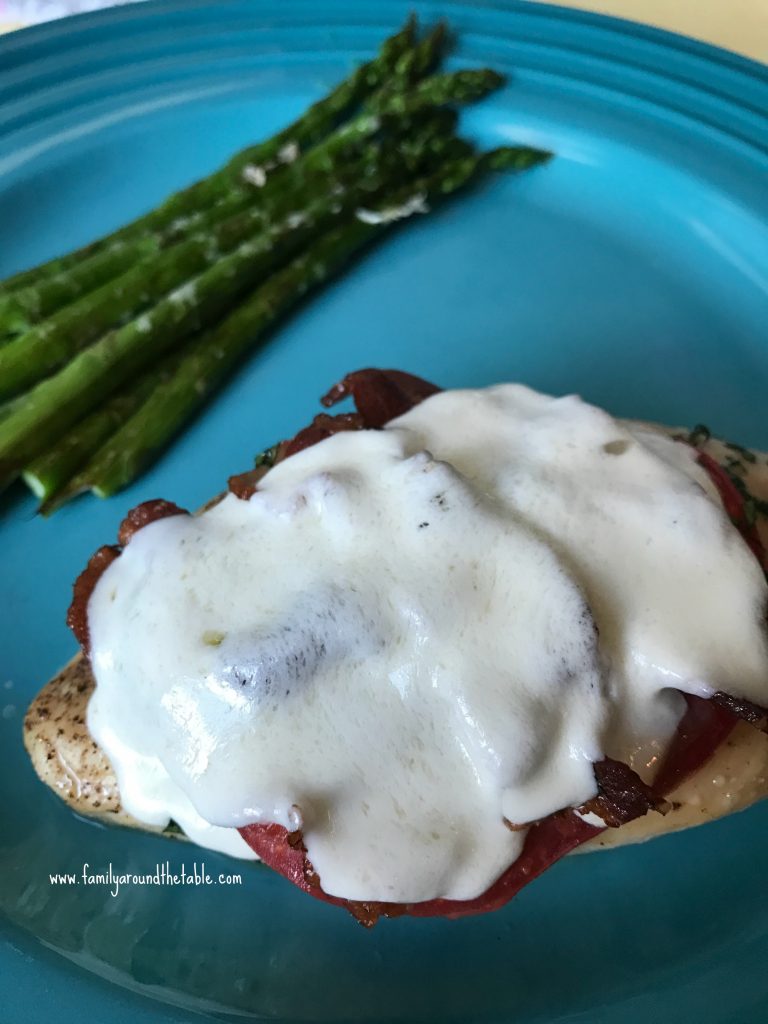 My husband and youngest son absolutely love Caprese salad. So when I saw this main dish chicken version for Caprese chicken with bacon in a magazine I knew I had to make it for them. Even better, I had all the ingredients without have to make a run to the grocery store. Don’t you love when that happens?

I have to be honest about two things. First, I don’t like tomatoes. I only buy tomatoes to put into other people’s salad. Ketchup, pizza sauce, pasta sauce, they are all fine but I just can’t do tomatoes. But then I found this recipe and decided to jump in.

Second, rarely do I ever misread a recipe but I did this time. As I put the bacon in my cast iron pan to begin to cook it I reread the recipe to see it was meant to be baked and only partially at that. So I changed the recipe to just include cooked bacon. I cooked the bacon thoroughly but not too crisp and laid it over the chicken and tomato slice adding the mozzarella later. It worked just fine. While you can use sliced mozzarella, I found the fresh to melt beautifully.

Adapted from Taste of Home Magazine

The combination of caprese and bacon together sounds so good! Like a BLT with cheese on chicken.

This looks so refreshing! I am so in need of new dinner ideas! Pinning this one!

I love easy recipes like this for when I just don't know what to cook for the family!

Recipe looks yummy. I would prefer having it without bacon :) Loved your blog too.

So glad this worked out for you despite misreading the recipe! Phew, what a relief, right?! This looks like a family-pleasing dinner!