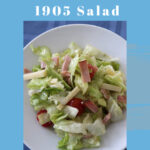 The Columbia Restaurant is a local institution in my hometown area of Tampa, Florida and it’s really no wonder this salad made the USA Today’s top 10 list of America’s Best Salads. It’s full of great umami flavor. 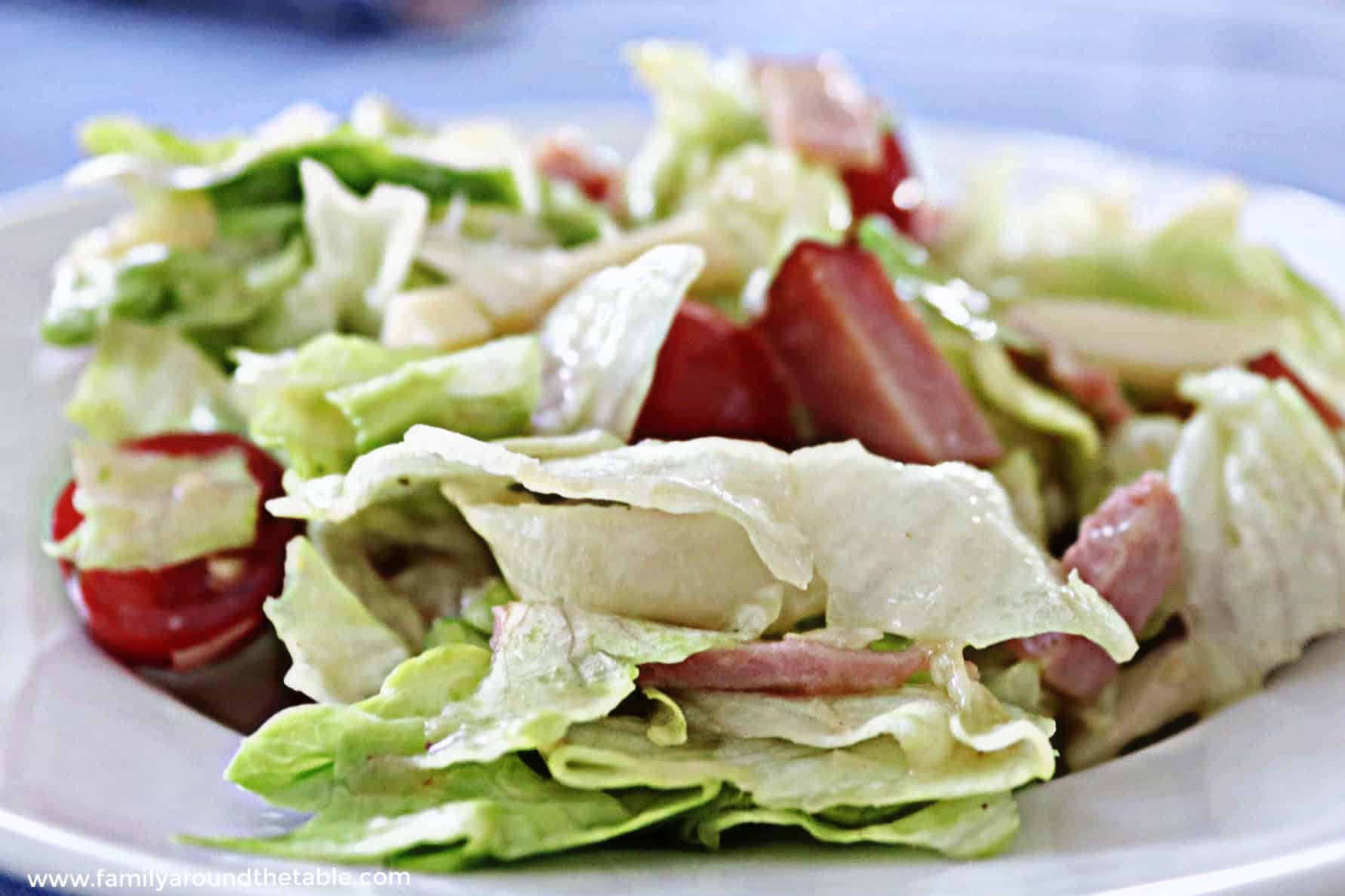 The first time my son had Columbia’s 1905 salad, he was hooked. It was his first visit to The Columbia and he was in first grade. While he was in elementary school I would make this for his lunch, at his request. He devoured it.

Mom friends couldn’t believe my son ate salad for lunch at such a young age! Now that he’s almost in college I don’t send him with his lunch any longer but I do make it on a regular basis. 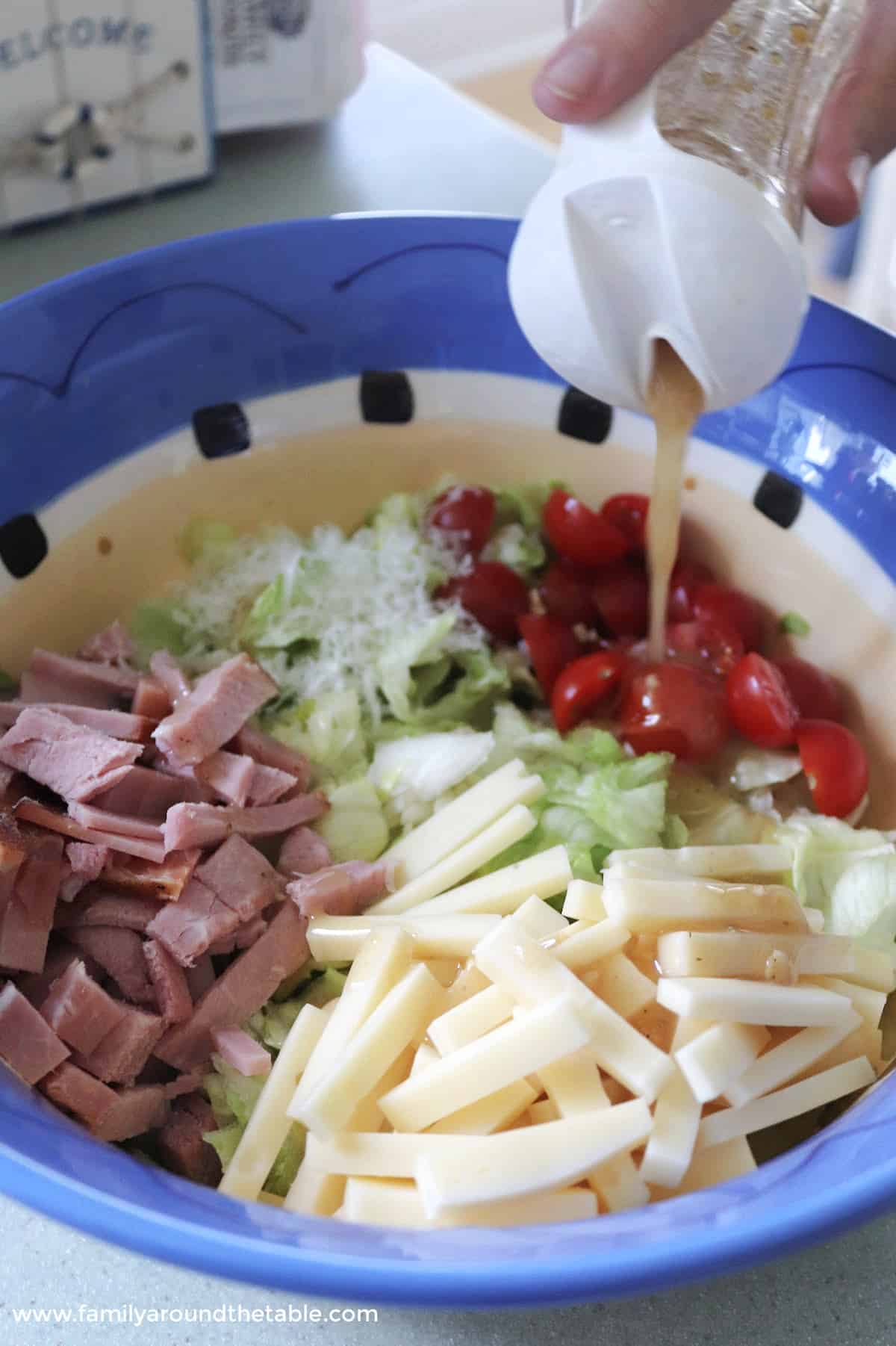 Steeped in tradition, Tampa’s Columbia Restaurant is a local treasure that has been family owned and operated since 1905. The Columbia is Florida’s oldest restaurant with seven locations throughout the state.

The original location in Ybor City, neighboring downtown Tampa, has grown through the years to become the largest Spanish restaurant in the world. Read more about the Columbia’s rich history.

You can even enjoy live Flamenco dancers at the Ybor location. USA Today calls the Columbia one of the most historic restaurants in America.

This legendary salad is prepared and tossed tableside. The award-winning salad won honors from USA Today as “One of 10 Great Places to Make a Meal Out of a Salad.”

The signature salad, named for the year the restaurant was founded in Tampa’s Latin district of Ybor City, was inspired by immigrants to the Cigar City: Romano cheese from the Sicilians and the famous garlic dressing used by Cubans to marinate fresh roast pork, plus Florida tomatoes, iceberg lettuce, julienne of baked ham and Swiss cheese.

Fun Fact: Every year on the Columbia’s anniversary, they roll back prices to what they were in 1905. Every location is packed and they do not take reservations. Coffee is 5¢. 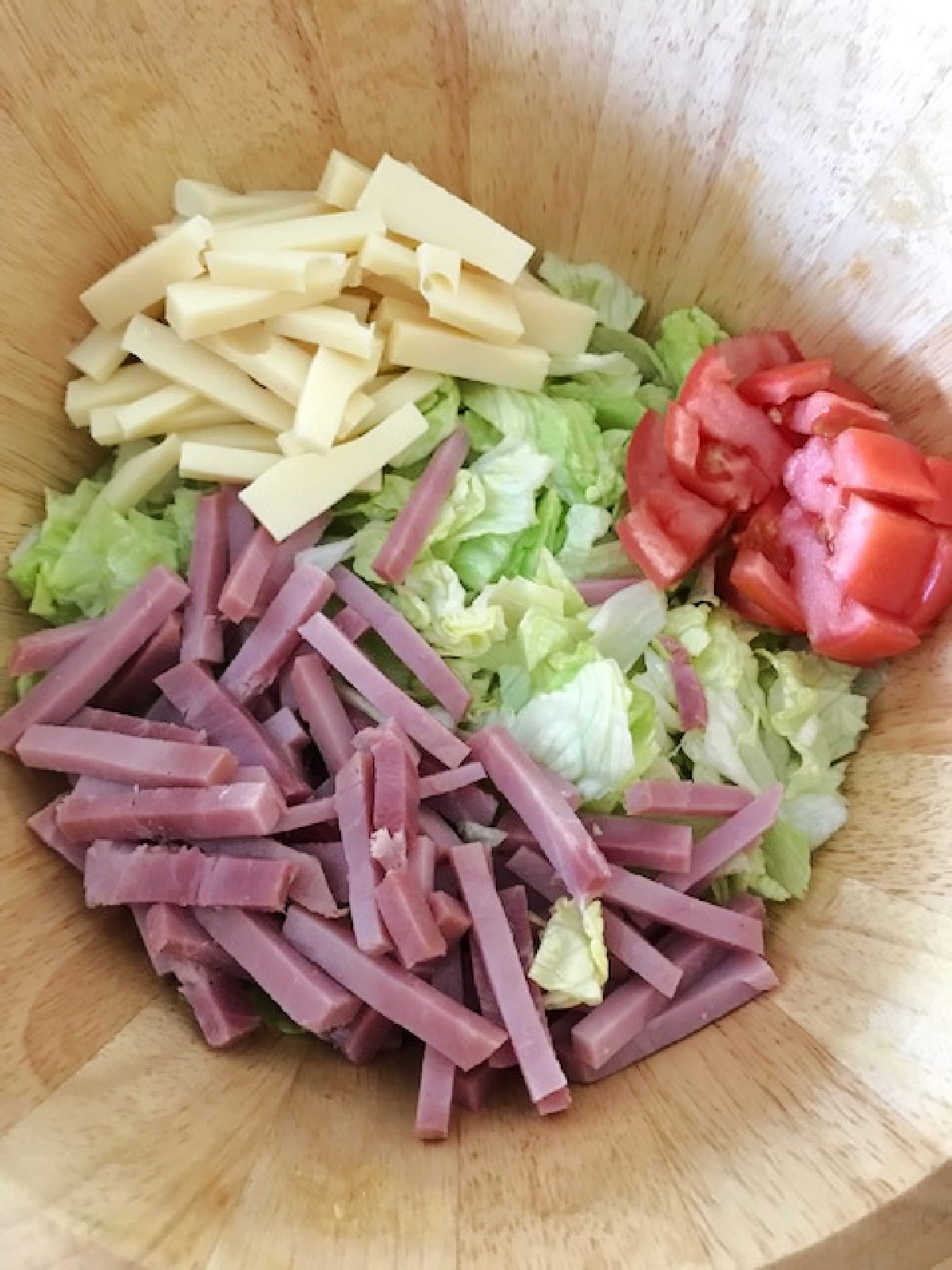 There’s a reason for each and every ingredient in Columbia’s 1905 salad. No substitutions are allowed because then it would just be another salad and the Columbia’s.

None. By making substitutions, you no longer have the authentic 1905 Salad recipe from the Columbia Restaurant.

I’ve tried adding other ingredients through the years, cucumbers, onions, and croutons, but always, and I mean always, go back to the original. While I make it with tomatoes, I leave them off of mine. I love olives but I’m the only one, so they get left off of others plates and mixed into my serving. 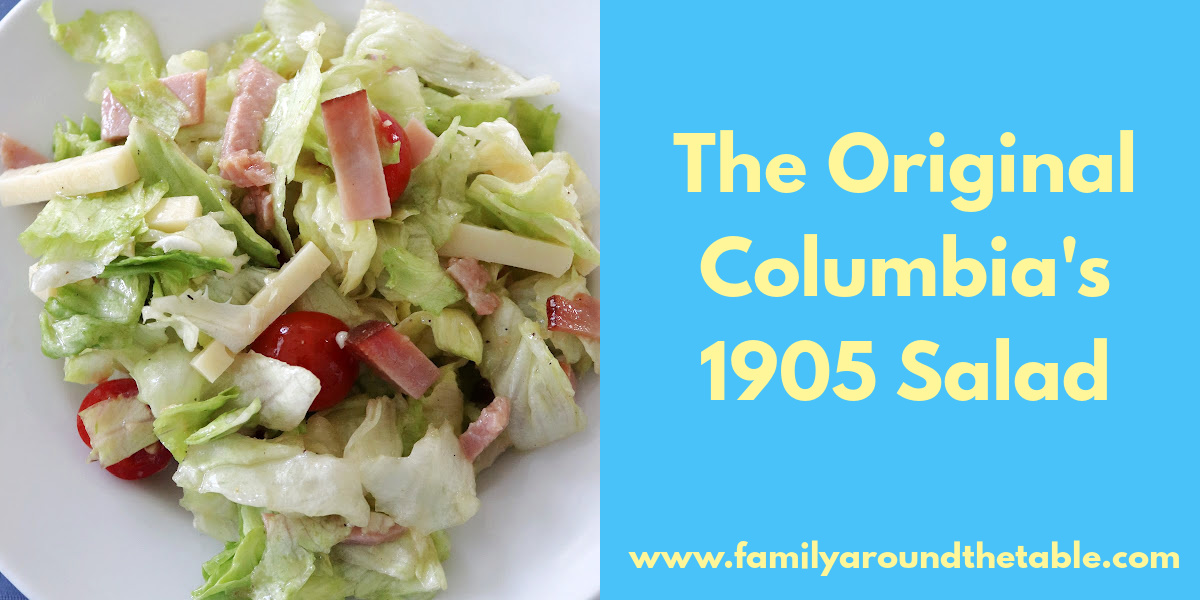 The ONLY substitution I’ll make is to purchase the 1905 Salad Dressing from Publix because they carry it here in the Tampa area.

If you don’t live by a Publix, or they don’t carry it, you can purchase the salad dressing on-line from the Columbia’s website. Don’t even try Amazon, they don’t sell it.

You may be wondering why I’d purchase a bottle of the 1905 salad dressing rather than make it from scratch each time. It’s because sometimes I’ll just make this as a side salad, not truly measuring ingredients and the dressing is just too much.

I will say in the restaurant, it’s a wet salad. I like a lot of dressing on my salads but not everyone does so I do like the option of serving it on the side.

I’ve tried to cut the salad dressing recipe in half and it just doesn’t taste the same.

How Can I Serve Columbia’s 1905 Salad Recipe?

I serve this salad with just about anything. I’ll make it up for lunch to go with my Easy French Bread Pizzas or as a dinner side with my Chicken Cordon Bleu.

If I’m serving more than just my family of 4 then I’ll put Columbia’s 1905 Salad in a large bowl and let guests serve themselves. It’s perfect on a buffet but you really should have backup so you don’t run out!

If it’s just the 4 of us I’ll make it in individual salad bowls. 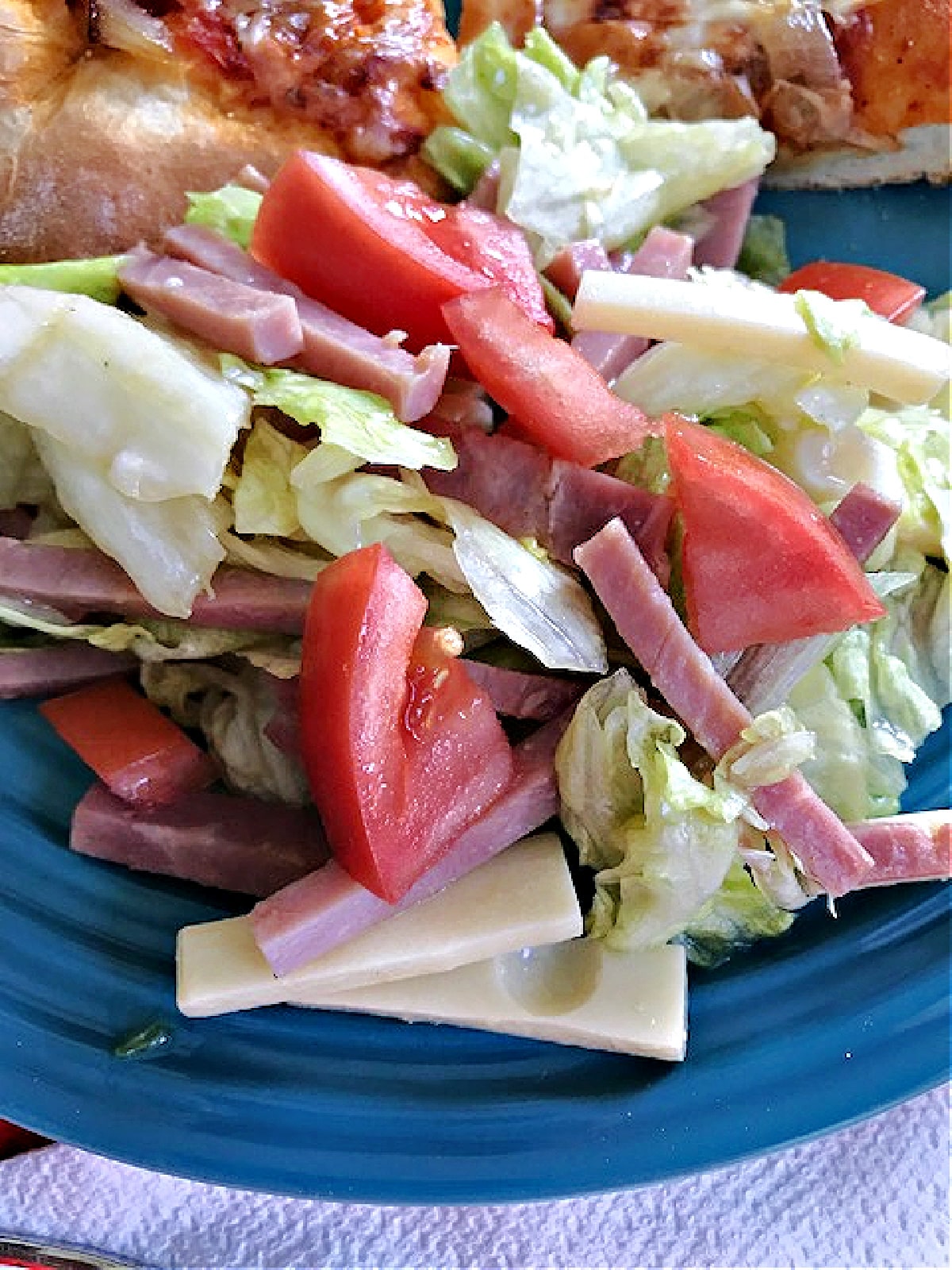 Columbia’s 1905 Salad really has a history in our family. Living in the Tampa area all my life I’ve always liked this salad. It’s a must-have whenever I visit the restaurant, along with their pressed Cuban sandwich. The Cuban is the real deal!

When my boys were in elementary school, taking Spanish, they each had a field trip to Ybor City during their immigration unit and had lunch at the Columbia.

There’s a location in St. Augustine where I went to college and my friends and I would go often. I’ve introduced my husband and his family members who are all from the northeast, and now my boys.

Ever since I told my youngest son that I served this salad at his first birthday party, he has wanted to try it. News Flash: It’s a great salad to serve at a party! 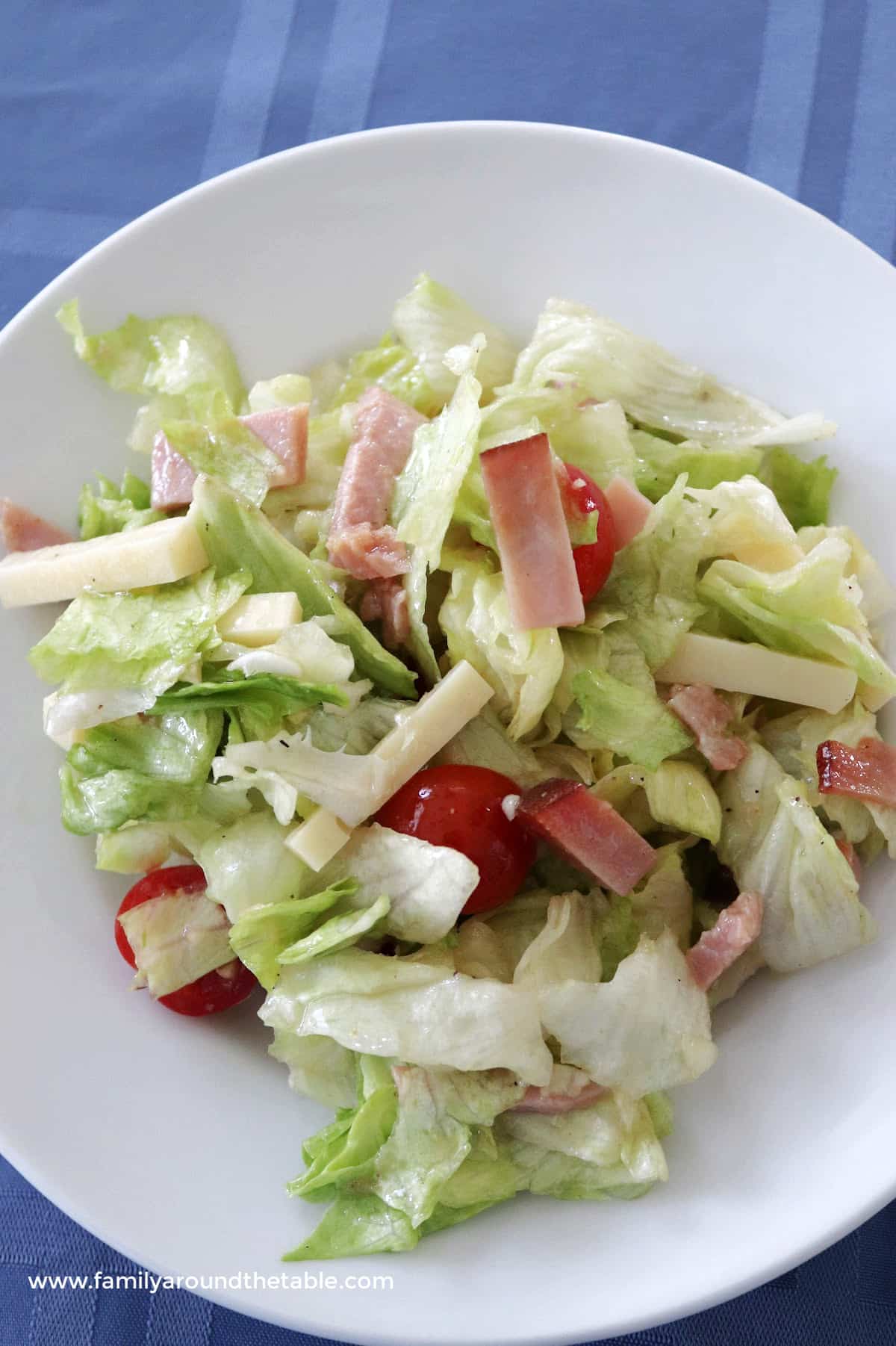 More Salads that Could be Meals

I have been known to enjoy this salad as a main course. At the restaurant it’s often served as a side but I like salad for lunch and dinner.

Some other favorite main dish salads include: 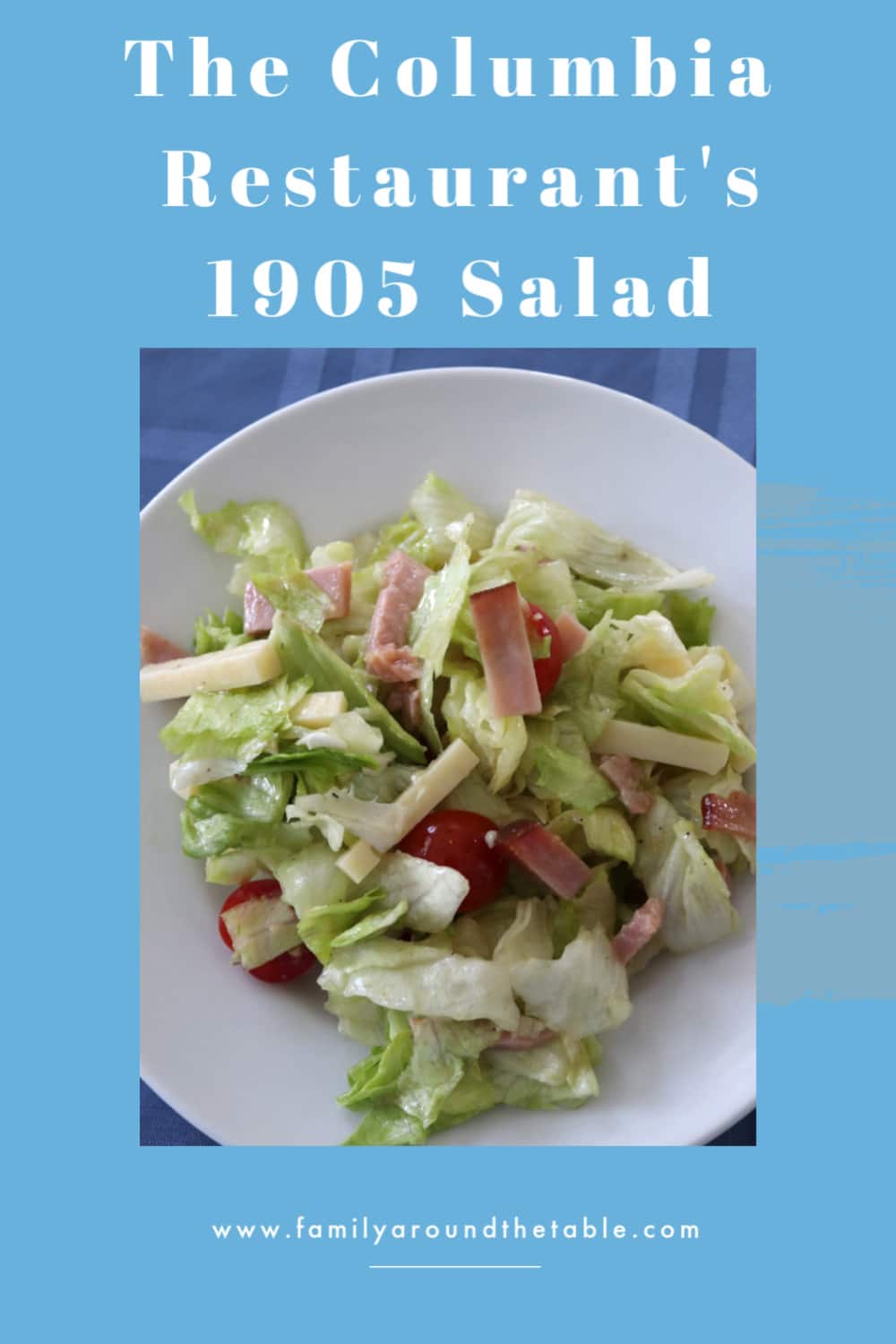 Recipe adapted from The Columbia Restaurant.

I can see why this salad is so popular! It looks delicious and I love the simple dressing.

A friend is making this for our luncheon tomorrow, can’t wait to try it, looks yummy. And I don’t mean to have my red pen out but there is a typo in the instructions it says to combine “olives” I believe they mean “olive oil” in the dressing, am I correct? Thanks, Mary

Family Around The Table

Hi Mary! I hope you enjoy this salad as much as we do! Thank you for bringing the error to my attention. I actually left out olives as an ingredient probably because I add them to my salad only since my husband and son don't like them. I've made the correction in the recipe.

Why add the Worcestershire and lemon separately and not mix with the vinaigrette? How does it affect the flavor and or texture? Thanks!

Family Around The Table

Hmm...that's a very good question. It's really how they make it at the restaurant.

I love when a simple salad is best the way it is without all the frills.

I'm always looking for salads that have a little something extra to them, and this looks perfect!