Take brunch to the next level with Croissant French Toast Cups. They bake in the oven so less hands-on time in the kitchen and more fun with your guests. A total win-win. 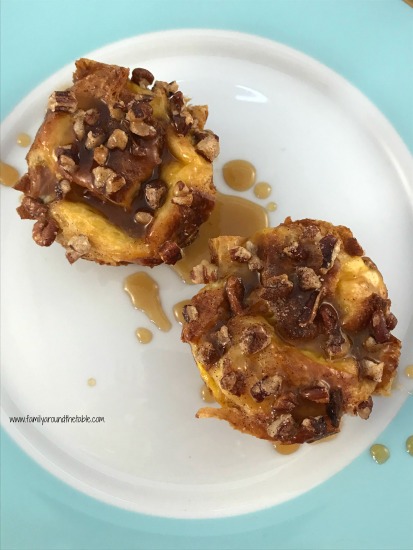 This post is sponsored in conjunction with #BrunchWeek. I received product samples from sponsor companies to aid in the creation of recipes. All opinions are mine.

We love French toast. It’s a popular weekend breakfast in our house. I’ve seen French toast made with croissants but never made it myself. What I don’t love about making French toast is either trying to keep it warm or risk everyone eating before I get to the table. These bake in the oven, are done at the same time and everyone eats together.

This recipe makes six but it’s easily doubled for more servings. I usually by a large package of croissants at Sam’s Club. That’s an economical way to get a larger number. 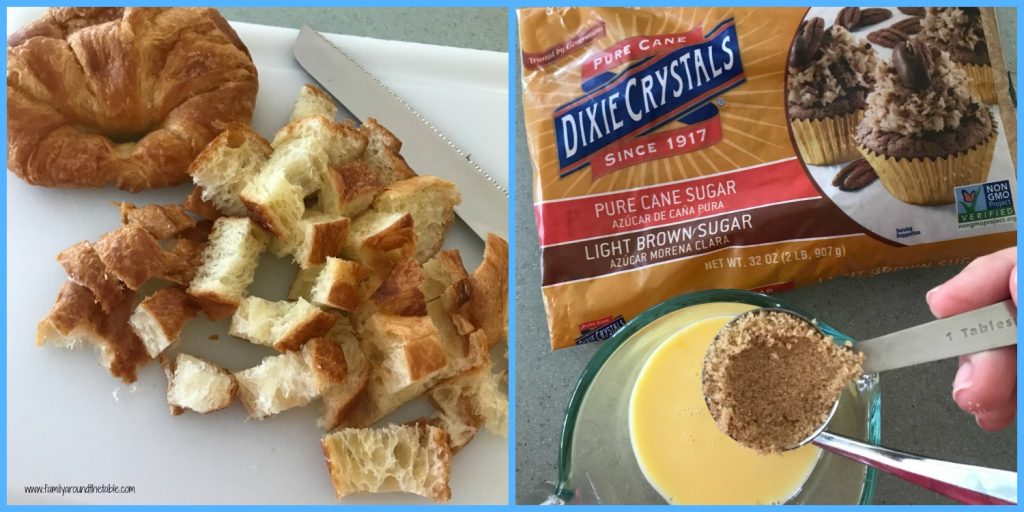 I mixed the brown sugar into the eggs so it would be distributed evenly through the French toast cup. I could have put it on top but it would have competed with the cinnamon sugar and ultimately the delicious maple glaze, which also has brown sugar in it, for which I used Dixie Crystals sugar. 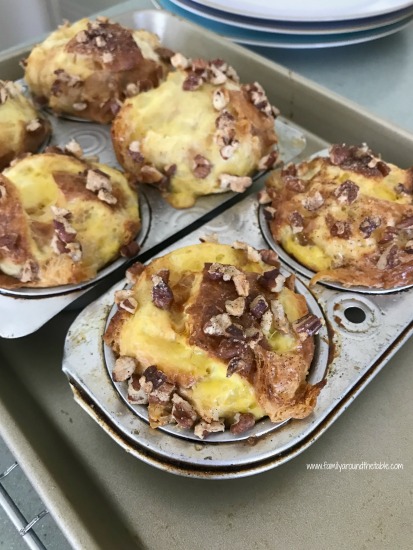 When they come out of the oven they are on the puffy side. They will settle a bit and hold the buttery maple drizzle in little crevices and pockets. Don’t skip the syrup drizzle. Could you use just warm, plain maple syrup? Sure but taking the time to make the buttery version, made with Cabot butter, is so worth it! If there is a nut allergy, you can certainly leave them off for that guest or omit that step all together. The cinnamon sugar on top adds a little crunch, an idea I got from my Mom.

These look delicious! These would be perfect for Mother's Day Brunch!