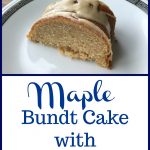 The warm flavors of fall are abundant in this Maple Bundt Cake with Cinnamon Maple Glaze. Enjoy a slice after dinner with a cup of coffee or tea.

This year our summer vacation took us to New England. Massachusetts, Vermont, and New Hampshire to be specific. First, if you’ve never been, you must go. It’s a part of the country that is so rich in American history.

New England is well known for maple syrup so of course, I had to bring some home. Ok, I had to bring a lot home. So I need to use it. This maple bundt cake with cinnamon maple glaze was the perfect way to start. 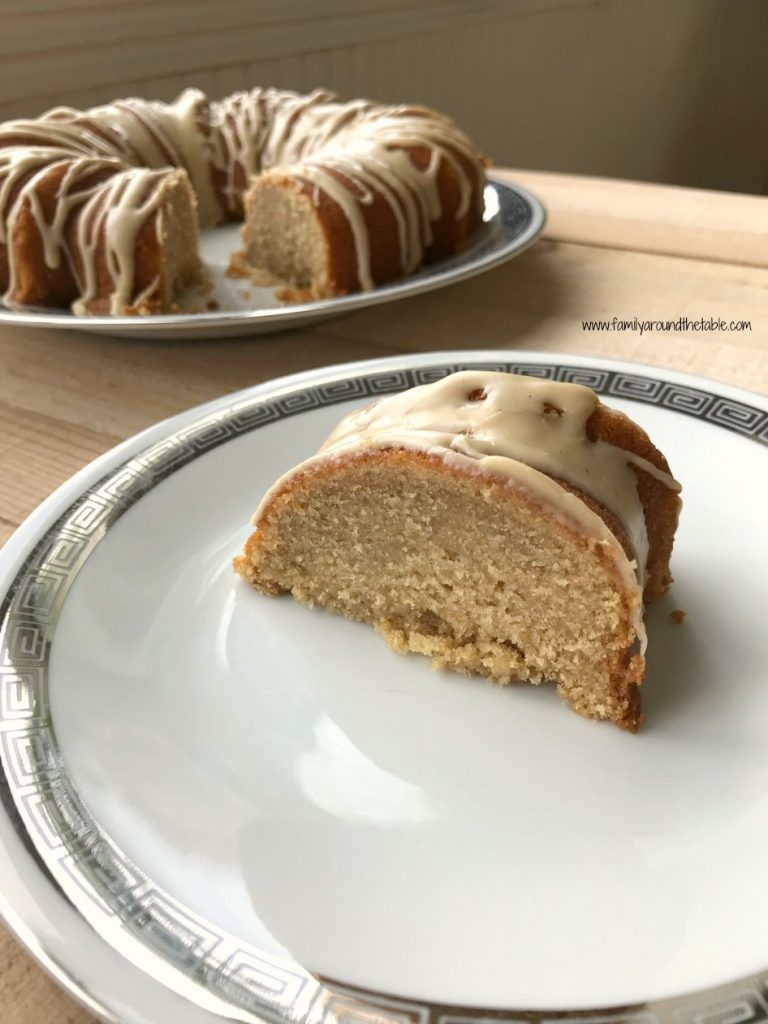 Now, I know, you can get real maple syrup at any grocer but that’s not the point. The syrup in Vermont is different. In stores, you can usually only get one grade, or type, of syrup but in Vermont, you can get all of them from amber to dark.

There is a difference, one that would take too long to explain here. It’s really just best to do a taste test and figure out which you like best. 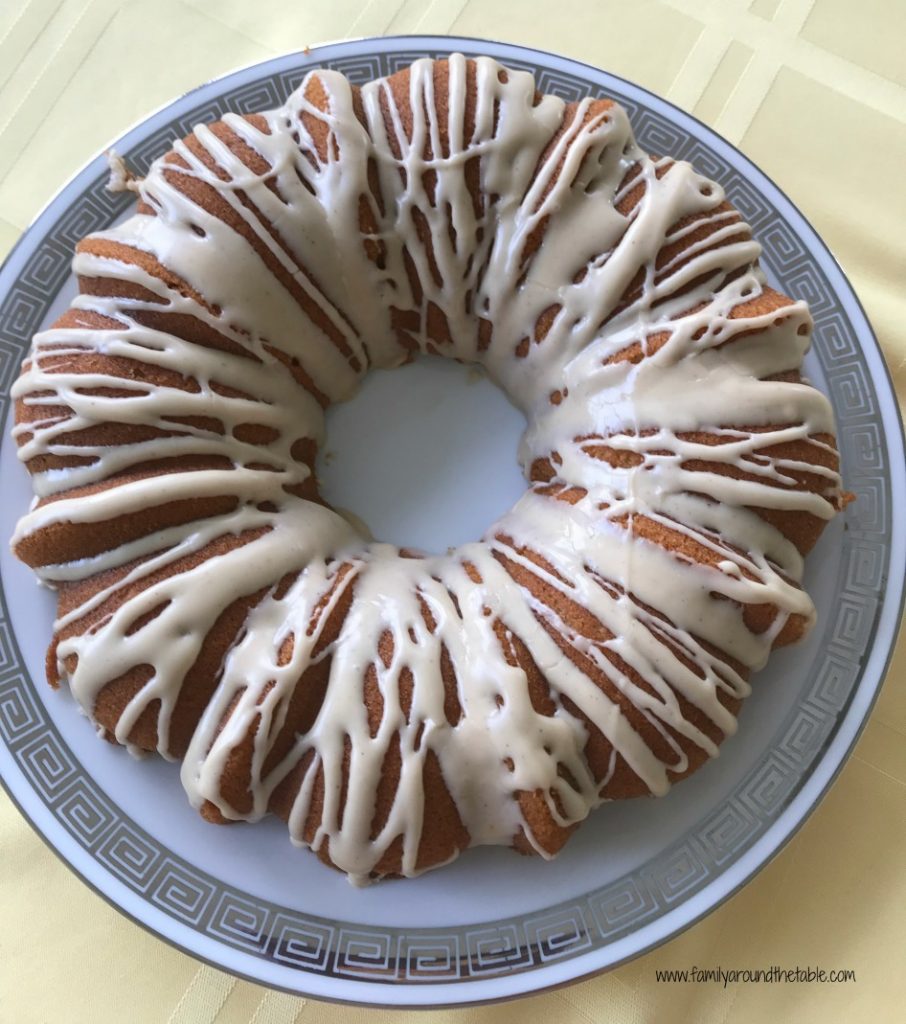 You may be thinking this is more of a fall cake and I won’t disagree. The warmth of cinnamon paired with maple just says fall. After the summer heat I know many are looking to the cooler days and nights of autumn. 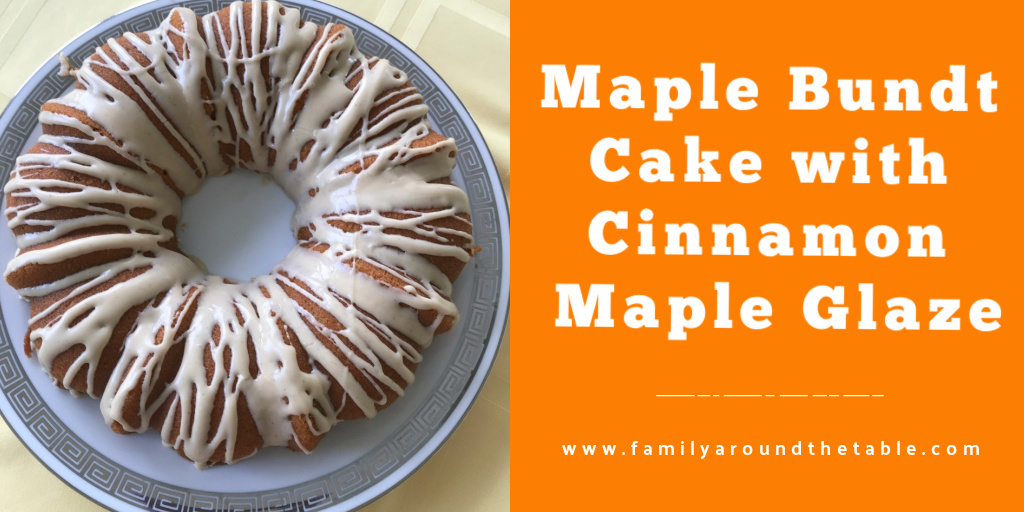 Make this for a fall tailgate party or as an option on your Thanksgiving dessert table. The flavors are subtle but not overpowering. Served with coffee it’s a nice way to end a meal.

The warm flavors of fall are abundant in this Maple Bundt Cake with Cinnamon Maple Glaze. Enjoy a slice after dinner with a cup of coffee or tea. #dessert Click to Tweet 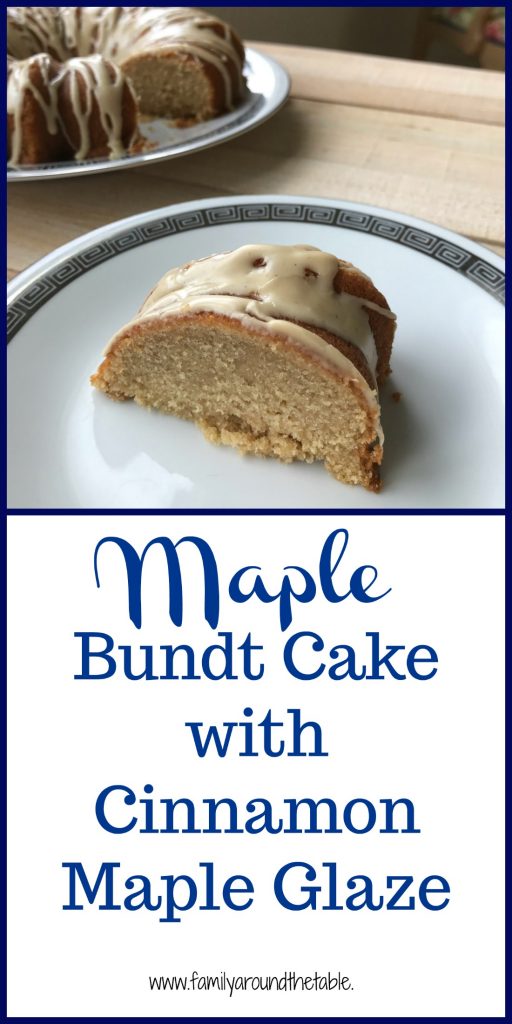 I found the cake to be really small so I doubled the second time and it came out really nice still using a 12" bundt pan. No over flow just had to bake longer. Added pecans and used a cream cheese glaze instead. Thanks for the recipe!

Luscious cake!! Pinned to my Cake Board. Cannot wait to try this. Sharing on my Facebook page also. Best wishes for the best of summer. Thanks for sharing at Thursday Favorite Things. Linda @Crafts a la mode

What amazing flavors, and that glaze~perfection!

Sounds like a tasty use of some of the maple syrup you picked up. I'm always a fan of maple flavors.

I love the warm toasty flavors you chose for this cake! It's great now but I bet even better in the fall :)