76 shares
Go to the Recipe

Cordon bleu appetizers are an easy nibble for New Year’s, game day, or any party. Much of the prep work can be completed in advance making assembly easy. 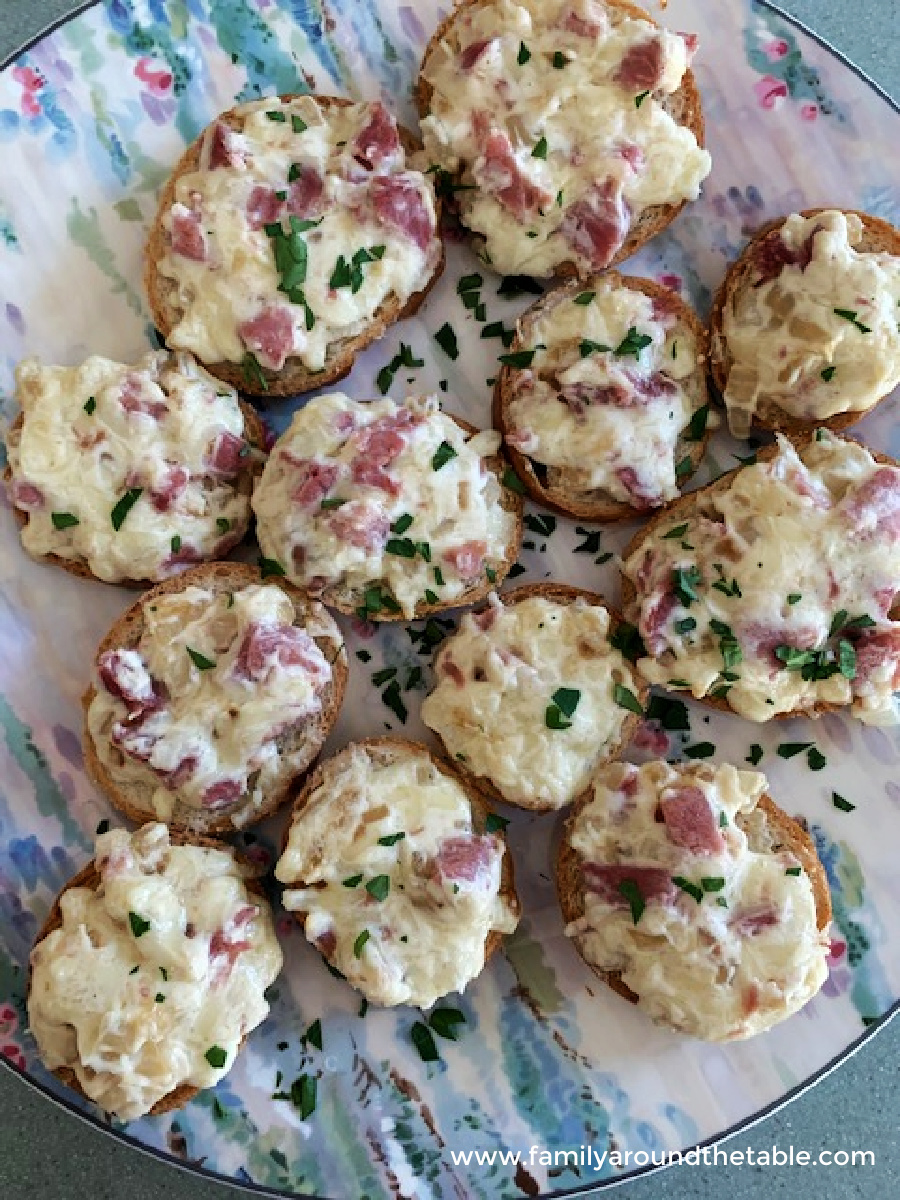 This recipe for Cordon Bleu Appetizers has been in my “to try” file for years. By years I mean years. I’ve seen it often in my file but never made it. I changed up the original recipe by omitting chives and adding sauteed onions.

Since that first time, I now make this recipe often because my family loves it. It’s perfect for a Friday evening or weekend happy hour with cocktails such as my cranberry whiskey sour.

Then I had so much ham leftover from a holiday so I froze some of it and thought, I’m finally going to make this nibble! It’s a great recipe to make on the spur of the moment as I did recently when our neighbors came over for a spontaneous happy hour a few weekends ago.

I must say, they were well received by our guests and my kids. Not one was left. Serve them warm from the oven or at room temperature. 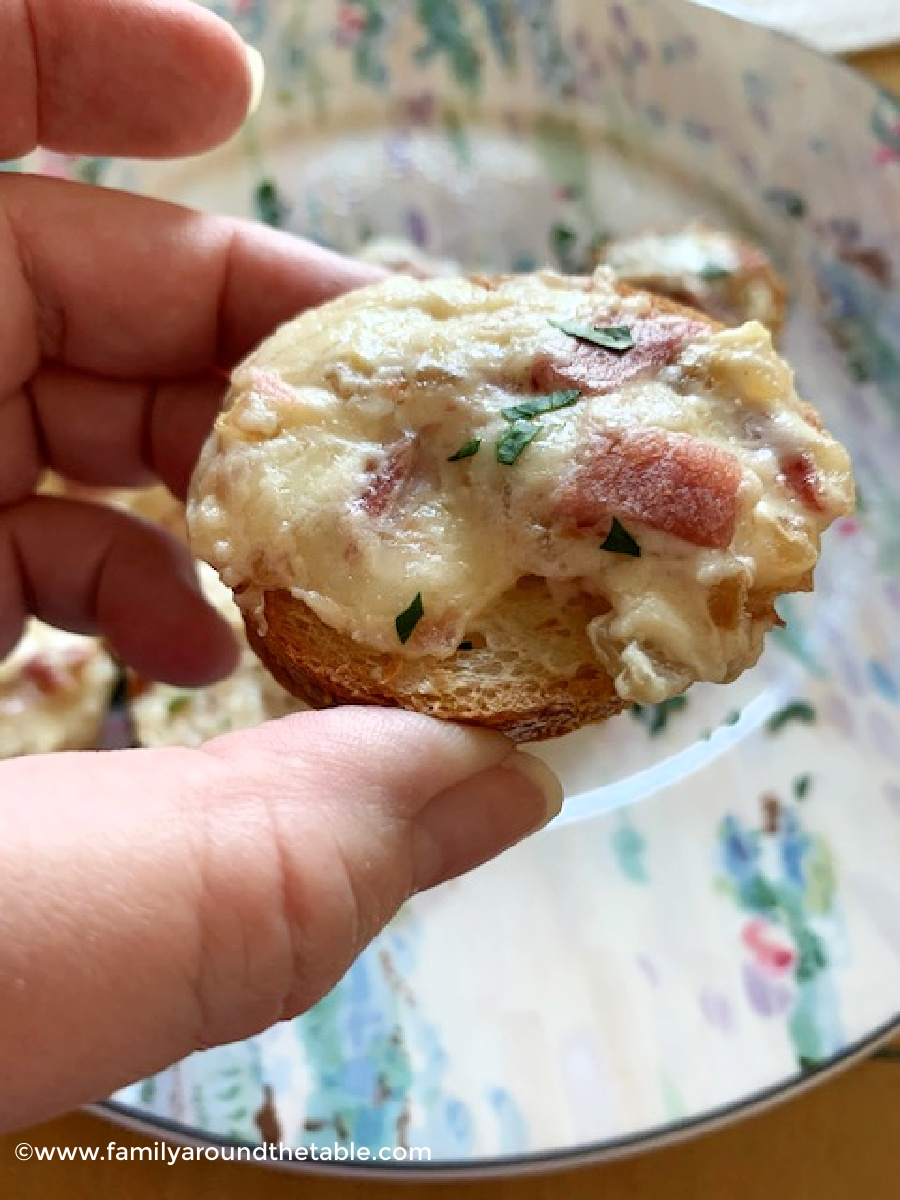 I really love the addition of mustard in this recipe. It’s a very subtle flavor. Don’t omit it.

The recipe originally says to use a loaf of French bread but I would have preferred to use a baguette.

Unfortunately, I couldn’t find one at the supermarket the day I shopped. I sliced the loaf then cut each slice in half for a more manageable appetizer. Use your judgment on size.

What can I do in advance to make this recipe easier?

Entertaining should be easy and here are some ways you can get ahead on this recipe:

Cordon Bleu Appetizers are sure to be a hit at your next party. Much of the prep work can be done in advance making assembly a breeze. Click to Tweet

These cordon bleu appetizers would also be great for a game day gathering, cocktail party, New Year’s Eve, or as a snack. They are delicious with wine (a nice Sauvignon Blanc or Chardonnay), beer, or a cocktail. I have served them with all those beverages. 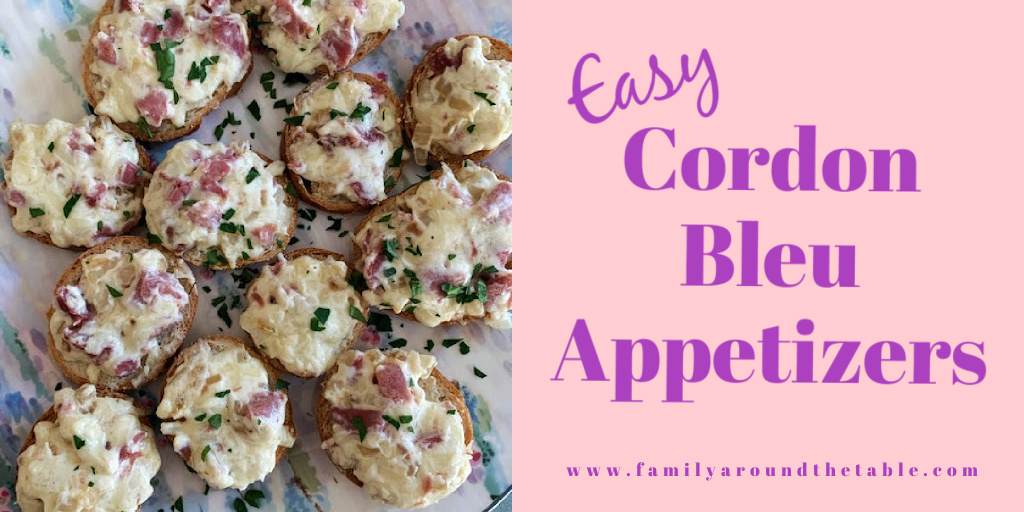 I love chicken cordon bleu and these sound so delicious! I know what I want to make for game day!

This is such a great idea! i love chicken cordon bleu and in appetizer form just makes it better

Nothing beats a great appetizer. This is a new one for me,, and I am so excited to make a batch!

What a delicious idea to turn cordon bleu into an app!

I love chicken cordon bleu and making it as an appetizer is such a fantastic idea! This is such a unique and wonderful approach to it and I can't wait to make it for my family!